In the first 14 years of the 21st Century, has education changed to accommodate the new learning needs of the century?

At the time of writing we are just 16 days away from the end of 2014, soon we will be into the 15th year of the century ….. How quickly time passes! In 2015 more than one sixth of the 21st Century will be part of history. 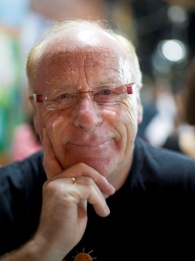 For educators, what is significant about this? In the future, educational historians looking at the first 15 years of this century and the last 5 or so years of the 20th Century will read much about what academics, teachers, economists and business people said and wrote about the essential skills needed by students for a successful and fulfilled life in the new era. A quick browse of the literature about curriculum, pedagogy and school leadership, published between 1995 and 2014, will quickly lead the reader of this literature to be able to compile a list of what skills, attitudes and attributes that seem to be common in the literature and is recommended for education in the 21st Century. As well a the hard copy based literature on the topic, there is a mass of digital information on web sites and blogs on the topic.

It could be said that the work of Student Centred Learning Thailand is also part of this mass of information. We were founded to support teachers in Thai schools in changing their pedagogies from content driven, teacher directed methodologies to the student centred practices that are more appropriate for the needs of current times. That is our mission.

When the educational history of the first part of this century is written, I am sure the historians will 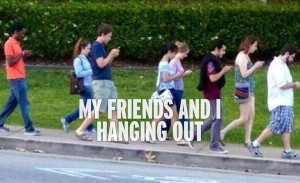 have no trouble discerning the common view that it was clear in the latter years of the 20th Century and the first years of the 21st that the research said quite clearly that teaching and learning in the new century would have to be different from what had been done in the 20th Century. Mainly because of the exponential expansion of Information and Digital technology.

Have you ever had a photographic drone flying in your vicinity? If you have, it’s a safe bet that you would not have had this happen to you 10 years ago.

Who would have ever imagined the non military impacts of such technology? The same could be said of so many of the new developments in digital and other technologies.

What will history say about the efforts of educators, schools and systems to take the advice given to meet the challenge of technology’s ubiquitous impact on daily life in the first 6th of the 21st Century?

As far as our target audience – Thai classroom teachers and school decision makers, are concerned the question needs to be asked, is there actually much change occurring in Thai schools? We would love to hear some Thai teachers’ views on this.

The social impacts of technology continue to have a huge influence on all facets of life as shown in the photographs below.

In the way we relate to each other. 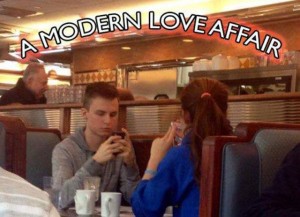 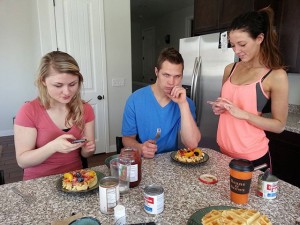 These effects are not limited to the Western world, nor are they limited by age or gender 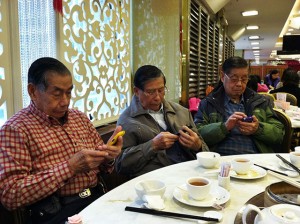 Family life has changed in different periods throughout history, and it continues to change ….is it for the better? 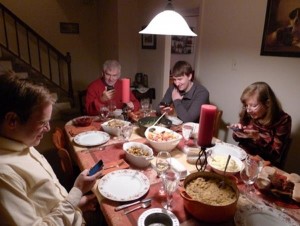 Has the meaning of the word friend been weakened by Facebook? 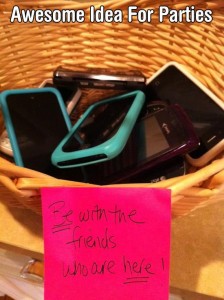 I recently read a book called “A Simpler Time” by the Australian writer, Peter Fitzsimons[1]. In the book, he talked about growing up on the outskirts of Sydney where his father, a soldier in the Second World War, began a new life as a farmer in 1950s, doing the hard physical work of clearing the land and then farming it.

He told the story of family life in Australia in that period where the dinner table discussion, between members of a growing family would have been vibrant and educational as well for the growing children, participating in all sorts of discussions.

Nothing at all like the family dinner scene depicted above.

The digital screen can be a powerful educator but, it can also be a harmful one. Parents of young children today are faced with the paradox of allowing their children to be “digital natives” and start using digital devices as soon a possible, while others resist this use of screens at a young age by limiting or refusing access to TV and other digital media – the paradox bring that the children can learn so much from this media, but they can also develop unhealthy dependence on such media at the expense of free play and interaction with others.

The 21st Century skills lists referred to above, commonly list the following skills and attributes as essential to the current century:

Below is a useful diagram on critical thinking that some out readers may not have seen.

This and other ideas for developing critical thinking can be found at https://www.mentoringminds.com/ 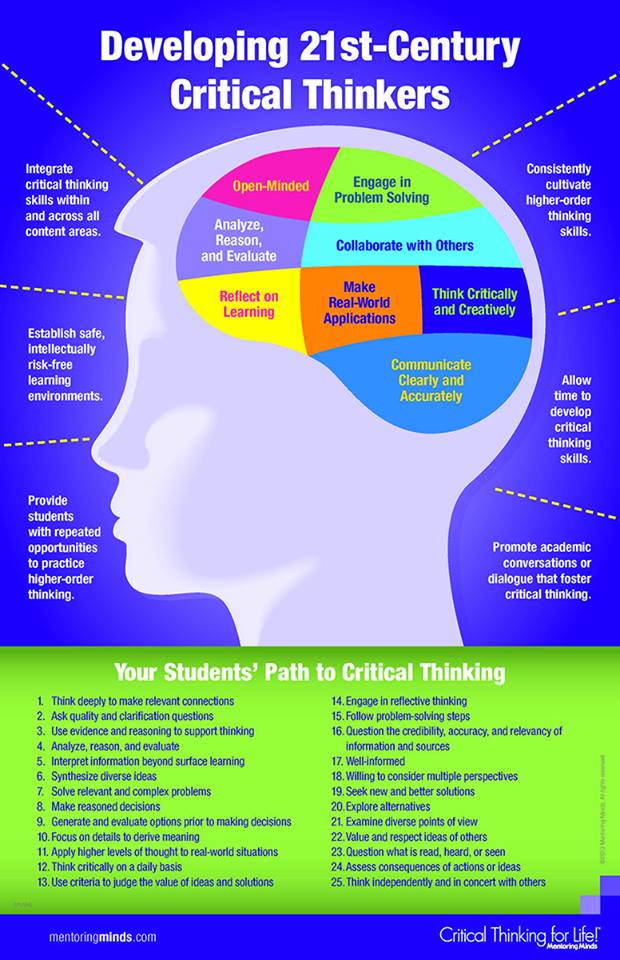 The book, “Making Thinking Visible: How to Promote Engagement, Understanding, and Independence for all Learners” by Ron Ritchhart, Mark Church, and Karin Morrison[2] is a highly influential work directly related to advising teachers on how to nurture the development of these skills.

This year, I have had the great pleasure of watching an outstanding Primary Year 2 teacher, use the techniques advocated in the book. I go into her class most days, what I see is that when questions are asked, by the teacher, or someone in the class, up go the hands and the responses invariably begin with I think …… “

This shows that these children are on the road to developing their own critical thinking, and it shows these techniques can be developed at a young age

By starting these techniques early in their education, we are helping children develop habits of mind that enable them to think more deeply, to be better problem solvers problems and to develop their understanding. This teacher’s use of the Thinking Visible techniques has worked really well in just over four months.

Our feature article this month by Dr Don W Jordan and Ms Ellen Cornish is on questioning techniques, an aspect of pedagogy which is essential to the teaching of critical thinking.

Ellen and Don build on, and expand, previous work published by SCLT, with a focus on planning for questions in developing thinking for understanding. I thank them for their regular and practical articles for classroom teachers in Thailand.

Teachers will find their article helpful in appreciating the importance of planning for questions to be asked. As indicated in the Year 2 example above, this teacher has worked steadily and daily with her students in helping them to ask good questions and this is developing the way they view their lessons right across the curriculum.

On behalf of the SCLT team, I wish all of our readers a very happy festive season and I trust that the New Year brings each of you peace, happiness and professional fulfillment.

[2] Making Thinking Visible: How to Promote Engagement, Understanding, and Independence for all Learners” by Ron Ritchhart, Mark Church, Karin Morrison , Wiley and Sons, 2011

A fine article that really hits the major themes of what should be the focus of Thai and western teachers in Thailand. Thank you!